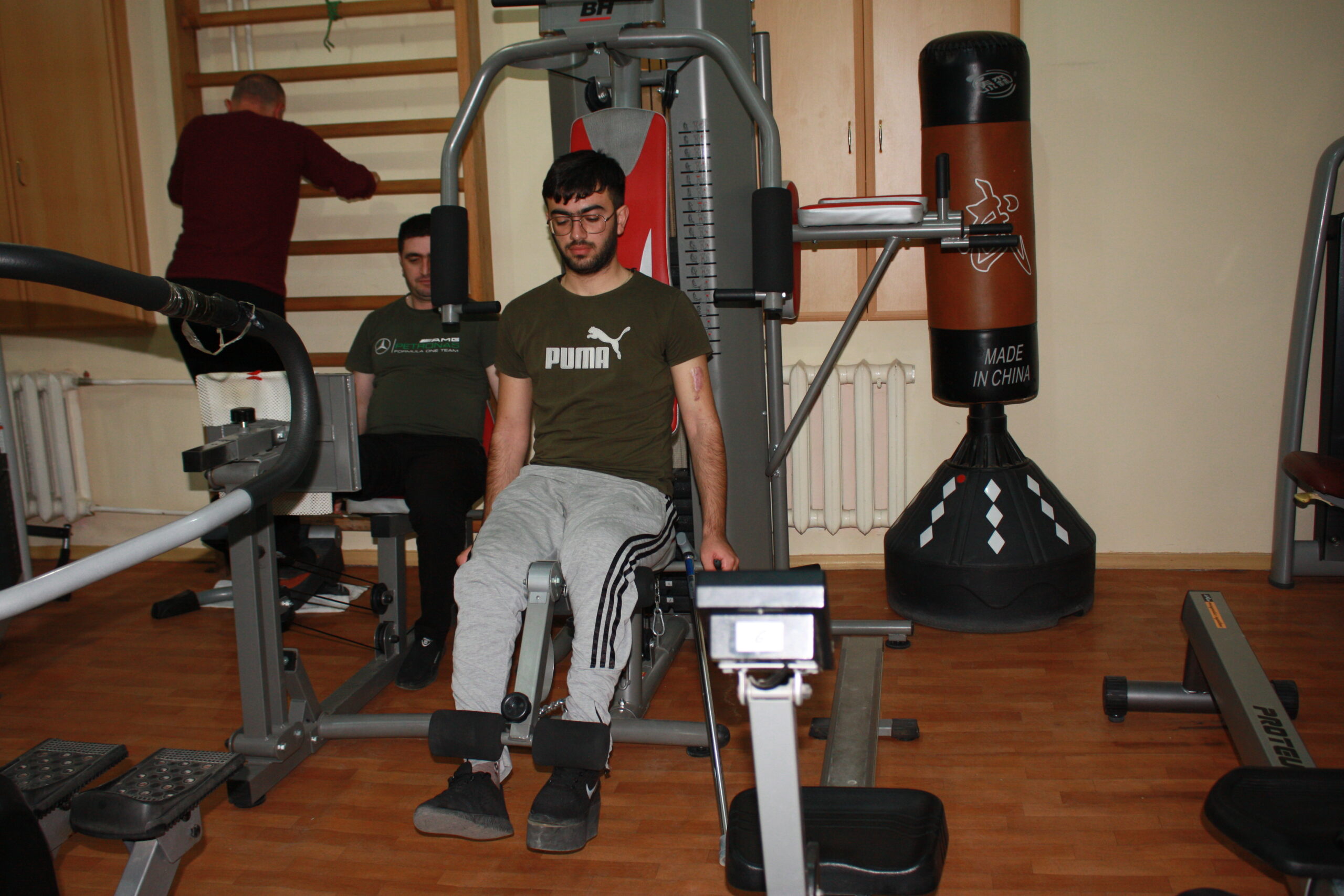 Our boys treated at the Rehabilitation Centre are distinguished by their uniqueness and their perceptions of life. You can communicate with those people with eye contact only and without exchanging a word. By hiding their feelings they try not to convey those emotions to people, instead, they give a warm smile and continue to live the life. 20-year-old Tigran has his own ideas of life, that is to create the new and to build a future. He was Artsakh Defense Army soldier when the war broke out. Tigran was wounded on September 27 after receiving a gunshot wound to the left thigh m / 3. He was transferred to Yerevan, where he received six months of treatment. Then he returned to Artsakh which was no longer the same. He came to his house but did not find the good old days where there were no absences and people lived happily and united. But in the face of reality, Tigran tries to rebuild the world he has been dreaming of. His main goal today is to recover quickly and get an education. Tigran has been receiving inpatient treatment at The Rehabilitation Centre for several weeks now. Achieving visible results, our only goal is to bring Tigran to his dreams.