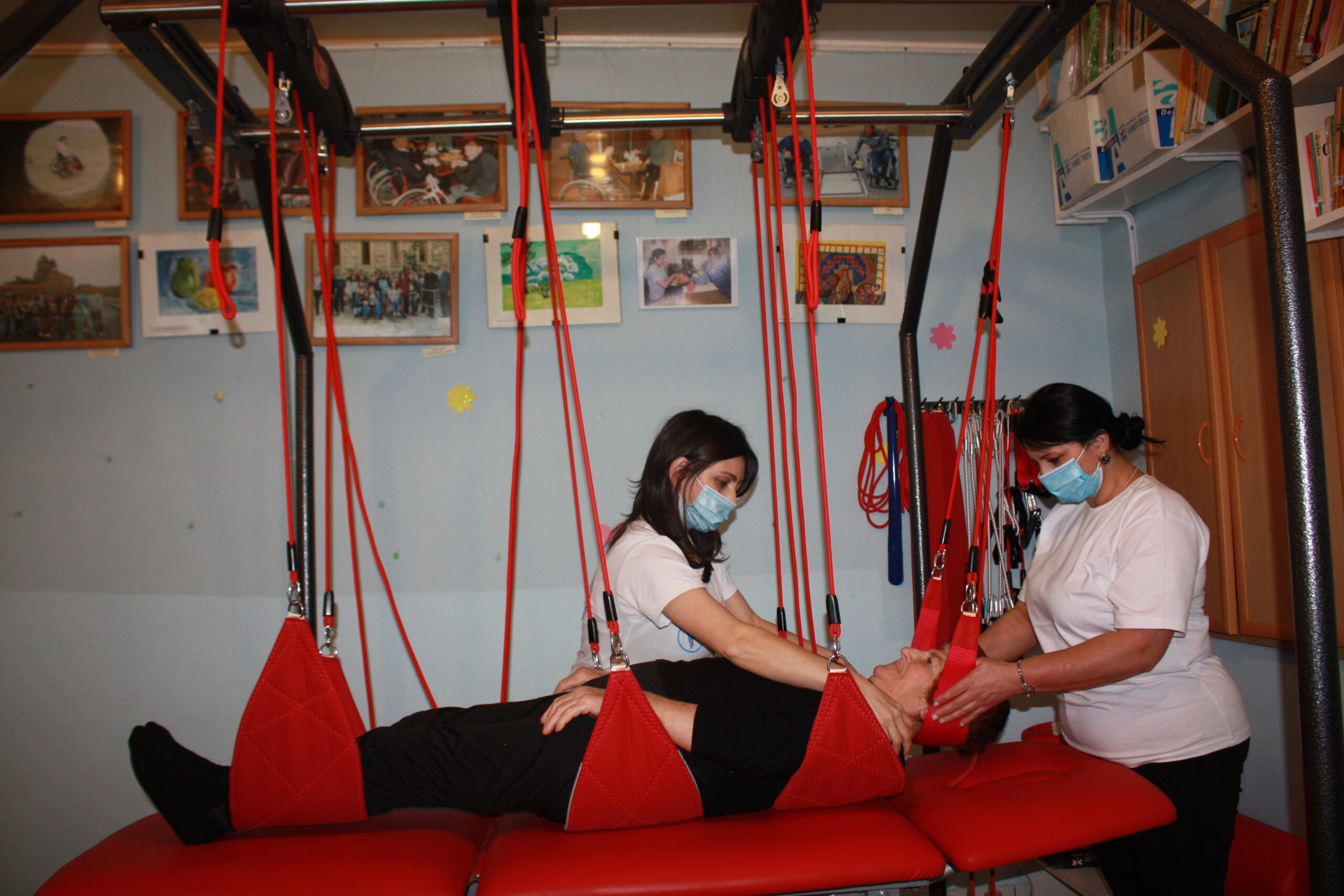 Life before and after the war

As a nurse by profession, Valentina underwent training in 2014 at the Caroline Cox Rehabilitation Centre to qualify as a physiotherapist. On May 1, 2016 she moved from the village of Tumi to Hadrut and worked at a local hospital. She has worked and lived with her family for years with the desire to build a home and secure her children’s future.

Valentina is married, has two sons and two daughters. Her husband, Samvel, lost his leg during the first Artsakh war. And her daughter, who had just gotten married and was expecting her second child, lost her husband during the 44-day war. Valentina remembers with deep sorrow what she saw during the last Artsakh war. This time she personally witnessed the horrible events that the Armenian people, especially the Armenian soldier, went through. Immediately after the start of the war she hurried to provide her professional assistance to the Armenians. She took refuge in the basements of Hadrut helping the wounded as much as possible under enemy fire. Constantly moving from village to village and from town to town she was eventually forced to leave Artsakh.

However, her desire to help was so great that even in Yerevan she could not stay out of it. She went to work at the Soldier’s House as a nurse. Then, to work as a physiotherapist with the support of the Jinishian Memorial Foundation she underwent training and received a license as a kinesiotherapist at the Yerevan State Medical University after Mkhitar Heratsi.

After losing her house and all her property after the war, she lived in Yerevan for a year. However, the love for the homeland was stronger as she could not adapt to the distance, thus, she returned to Artsakh in November. Valentina went to work where she started her professional achievements of how to work with wounded soldiers and people with physical problems. The Caroline Cox Rehabilitation Centre was ready to provide her with a job.

Today she lives and works in Artsakh and inspires those who despair. She plans all her future to contribute to Artsakh’s revival.